Most of us who went for Batman V Superman: Dawn of Justice left the cinema thinking: what the Alfred was that? I just sat through a 2 and a half hour long movie only to see Batman and Superman come to terms because their mothers shared the same name. Honestly there were only 2 parts from the entire film that really got me interested. One being the teaser of the other Justice League members from a file in Lex Luthor’s database, one of the clips being of the King of Atlantis himself, Aquaman, but we’ll get back to that in a second. The other was the ‘dream sequence’ where the future Flash came back to give Batman a message.

After failing to score big points with this movie, they redeemed themselves a little with Wonder Woman. This movie was rather entertaining. Their triumph didn’t last very long though as Justice League dropped months after. This movie was meant to be the one many fans were waiting for but possibly due to the heights Marvel had reached with the Avengers movies, Justice League failed to meet that expectation. In between there was also Suicide Squad but lets just leave that out.

And now we’re here, Aquaman. Set to drop in theaters 21st December 2018. Judging by how Venom, another comic book movie that drops months before, does in the box office, Aquaman would really have to step up their game if DC hopes to win the hearts of fans. Here, you will get a glimpse of how my geeky mind thinks this movie would turn out, would it be a blockbuster? Or just another movie to kill your boredom? Let’s get into it.

What Do We Know?

The producers of Aquaman actually did a very good job at revealing very minimal information of the plot of the movie. As it stands it seems the movie revolves around Aquaman being caught in between the surface world and also the Atlanteans who want to start a war to conquer it. He has to go to Atlantis and seize his throne and become the rightful king of Atlantis. We got a slight glimpse into the underwater world in Justice League where he follows Mera, who will be back in the upcoming movie and also the underwater battle with Steppenwolf, the villain of the Justice League movie. What we know so far is that James Wan is directing this movie, him being known for directing horror hits like Saw, Insidious and The Conjuring as well as Furious 7. He said in an interview that it would be a very action-adventure type movie but for all we know he might also leave room for a bit of horror.

Let’s dive into a few notable characters that are key to the movie and will help us understand it a little more.

Obviously this movie surround him because well, it’s his movie. Played by Jason Momoa, It will be the first movie to take place after the events of Justice League in the timeline and will also reference that movie. Unlike the Wonder Woman movie where we get the full origin of how she came to be, Aquaman picks up in the present and may only glimpse back and forth into the past to explain his origin. Long story short, Arthur is half-Atlantean due to his father, Thomas Curry, falling in love with the Atlantean named Atlanna, played by Nicole Kidman in the movie. After having Arthur, she is forced to return to Atlantis and leave Thomas with the child as she had to become the Queen of Atlantis. While this general backstory will be referenced in the movie, it is most likely that during the time of this movie, Thomas Curry is already dead. Jason Momoa said that the Aquaman we see in the movie is likely to be still finding out his true potential as an Atlantean. 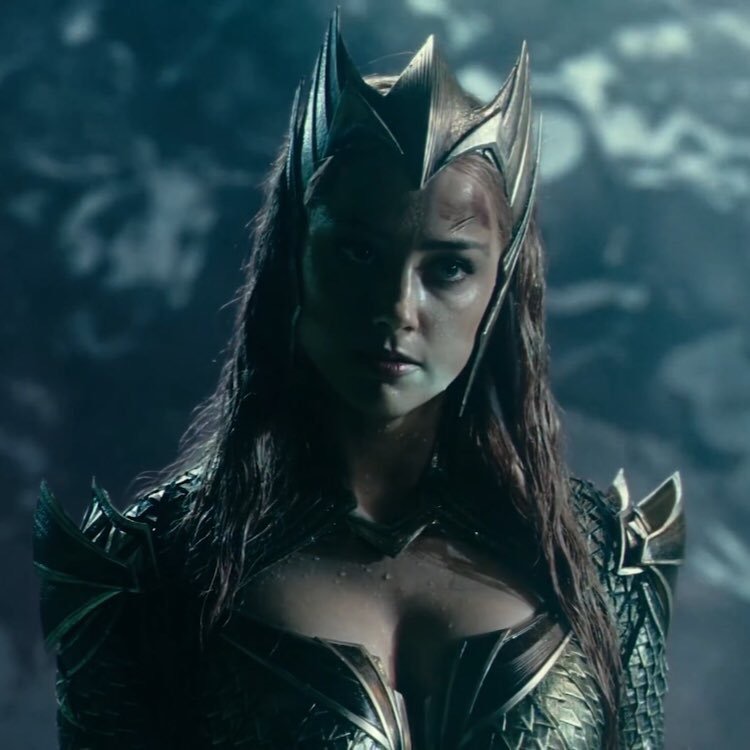 She is meant to be Arthur Curry’s love interest and is also the daughter of the King Nereus, the king of Atlantean tribe of Xebel. She was raised by Queen Atlanna and possess several abilities by the time we see her in the movie. It is noted that she will have a hater-turned-love relationship with Arthur and will probably be key to him finding his true potential as king.

This is the main antagonist of the movie. He goes by the name of Orm and is know to be well, a bit of a dick. The connection with him and Arthur is that they are half-brothers. After Atlanna left the surface world to become Queen, she had to mate with a fellow Atlantean and that product is Orm. Unlike Arthur, he is full Atlantean but due to Arthur technically being elder, he would be the rightful heir to the throne. I know right, sibling problems. Orm despises the surface world and is probably the cause of the whole wanting to conquer the land thing they have among the other Atlanteans. In the comics, he actually kills Queen Atlanna and puts the blame on the surface world to start the war but we don’t know if that happens in the movie. He teams up with another villain in the movie called Black Manta.

Black Manta has no connection to Atlantis at all. He is a human that goes by the name David Kane. Why he hates Aquaman so much, we don’t know, but if this movies is accurate to the comics it is because Arthur killed his father. Maybe the movie might take a twist of this and have his father killed during the events of Justice League and David ends up blaming Aquaman. Black Manta is basically a treasure hunter and is known for building high end technology and weapons. His suit is designed for him to roam the deepest ends of the seas without dying. If the Orm we see in the comics is accurate in the movie, it is likely that he will manipulate Black Manta to do his bidding and betray him later because remember, Orm hates the surface world.

So What Does This Mean?

Based on the little that we know Aquaman, if all cards are played properly, certainly has the potential to do great in the box office. However, there is much anticipation for the Venom movie and by the looks of it may also be a hit which may affect the ratings of Aquaman. Their director, James Wan, is known for making really great movies and by adding his horror to the darkness of the sea and his action set pieces to the battles, this should be a very beautifully made movie. The movie also has a really good cast mainly with Jason Momoa as Aquaman. As we can see from Justice League, Momoa has the ability to look cool while also bringing along a sense of wit. This defers from characters like Batman who is almost always serious and the Flash who is childish and funny all the time.

Be sure to check out the movie when it drops in cinemas on the 21st December 2018.